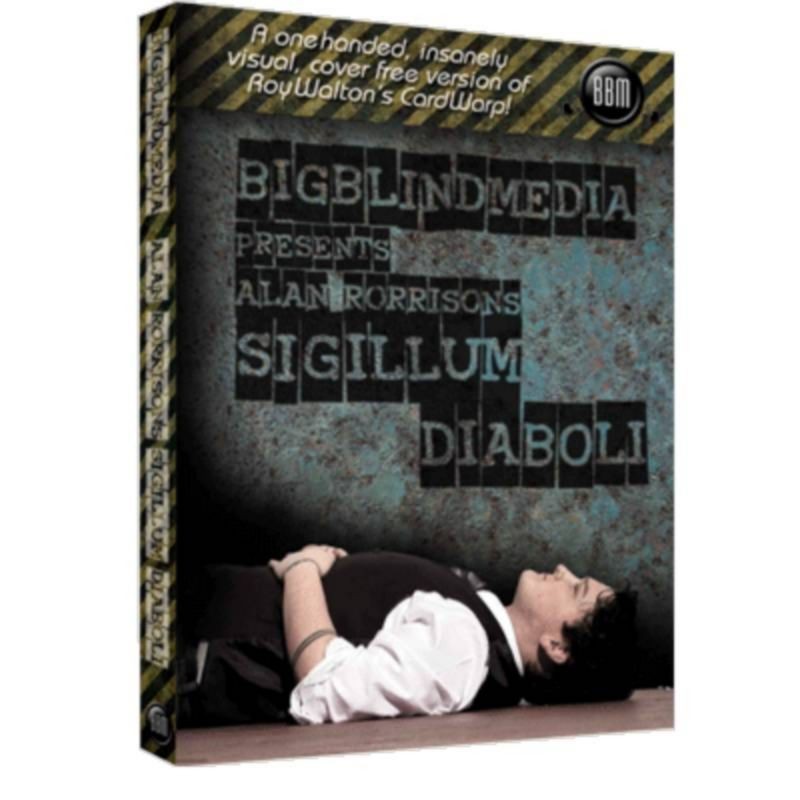 A one-handed, insanely visual, cover free version of Roy Walton's Card Warp!Sigillum Diaboli is not only a trick title that'll win you a game of Scrabble, it is

Sigillum Diaboli is not only a trick title that'll win you a game of Scrabble, it is also the most VISUAL twist on the classic Roy Walton Card Warp routine in existence!

Imagine taking a selected card and having it signed. You then draw a mysterious sign onto the selection - the "Sigillum Diaboli" or the Mark of the Devil - explaining how it will cause the playing card to reveal its 'true colours'.

And indeed it does! Visually, and with the card held at the finger tips of a single hand, the card turns INSIDE OUT, with half of it face up and half face down!

Almost instantly, the card completely turns face up, while again just held in one hand!

But then comes the killer. Folding the card into quarters with the face being hidden, a mere shake VISUALLY turns the whole card face out!

This is a DYNAMITE routine with CRAZY visuals! The entire effect occurs with the card held in one hand and with no cover what so ever, which just makes it look TOTALLY impossible!

Bear in mind that you can use any cards, there are no forces and the reset is quicker than Vanessa Feltz eating a Jaffa Cake.

SIGILLUM DIABOLI. Don't do card tricks - toy with heaven and hell instead.

Transposition! - A great off-beat copper silver effect with folded playing cards where one changes places with another ONE HALF AT A TIME! Using the same moves as Sigillum Diaboli this is a GREAT bonus item that will let the magic happen in the spectator's hands!

The Mint - Do you normally eat a packet of Polo mints (or Lifesavers for our American chums) and throw the packaging away? NOT ANYMORE YOU DON'T! From now on you'll be using it to forge money instead. No, REALLY!

A storming video from the established creative ninja and magical mad man that is Alan Rorrison.