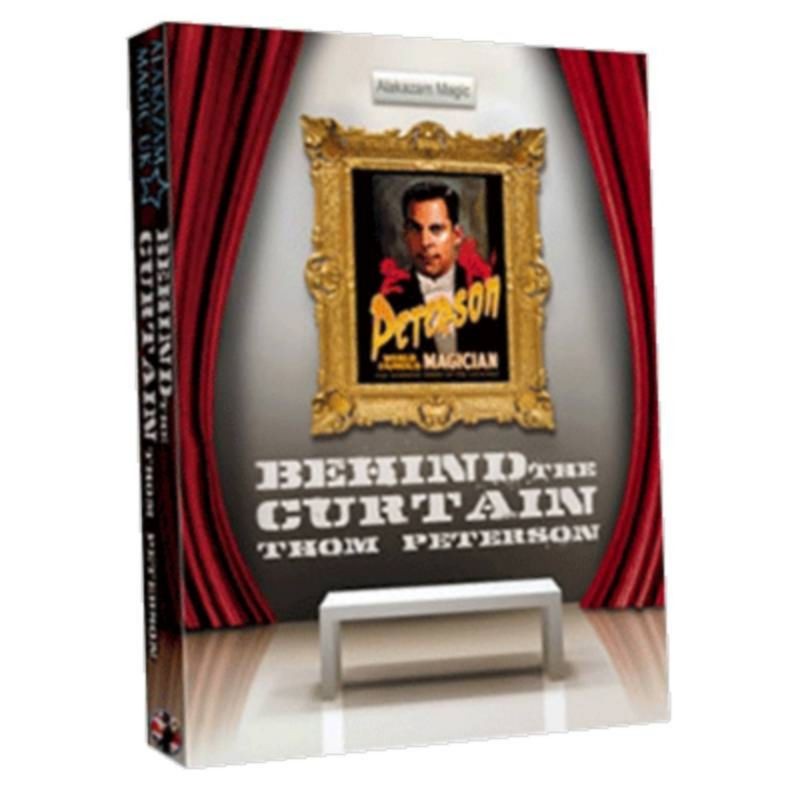 Over three and a half hours of tried and tested commercial magic routines! Feature magic for both close-up and stage This is one of the world's busiest magician

Over three and a half hours of tried and tested commercial magic routines! Feature magic for both close-up and stage

This is one of the world's busiest magicians captured at his very best. A unique blend of comedy, magic and commercial entertainment, Thom Peterson is giving away all his trade secrets so you too can now have the repertoire to entertain audiences everywhere.

Whether you work close-up or on stage, there is something here for everyone.

Maybe you have a stage show already but want to add a new opener or a couple of extra routines for the new season - well you are sure to find something here!

At Alakazam, we are all really excited about this new video release - we have held onto it for a while since filming took place last year, but now we are finally ready to let it loose on the magic world!

We guarantee that this is going to be a staple volume for all magical entertainers - the material is all there, ready to go.

Fresh, modern, contemporary and rammed with comedy, amazement and fun, "Behind the Curtain" is sure to be an instant hit!

Filmed in the summer 2010 this video has been eagerly awaited by many magicians and when you see the routines you know why!

This 2 video set is jam packed with commercial material.

Not only will you learn a full stand up show packed with hard hitting visual magic but Thom also teaches some of his pet close up routines.

You really are going to love what you see on these discs. These are routines that Thom has performed and honed over 1000's of performances worldwide.

There are so many effects on this collection that alone would be worth the price of the entire set. Talk about getting value for money!!

Lemonade Racket
This really is a killer of an opener and visual magic at its best. Telling a story about starting your own lemonade stand you produce a lemon. This gets a great reaction but the kicker will floor your audience as you now produce a full glass of Lemonade!!

Spooning
One of the most visual spoon bends I have ever seen and the best part is you can give the bent spoon away afterwards!!

Revenge of the Spoon
This is a great follow up to Spooning. You draw a picture of a straight spoon (which your spectator signs) and you now make the drawing of the spoon bend!! The best part is you can tear the sheet of paper containing the bent spoon and your spectator's signature off and give it to them as a souvenir

Ring In Kinder Egg
WOW this really is one the most commercial versions of ring to impossible location I have ever seen and it make perfect sense!

Pit Boss
A fantastic triple prediction routine, that takes your audience on an imaginary trip to a Las Vegas casino. Talk about packs small, plays big! This effect can be performed in also any conditions including close up!

All performances are filmed in a real world environment with studio explanations in detail. If you are already a working pro or wanting to become one, then THIS IS THE VIDEO SET FOR YOU!