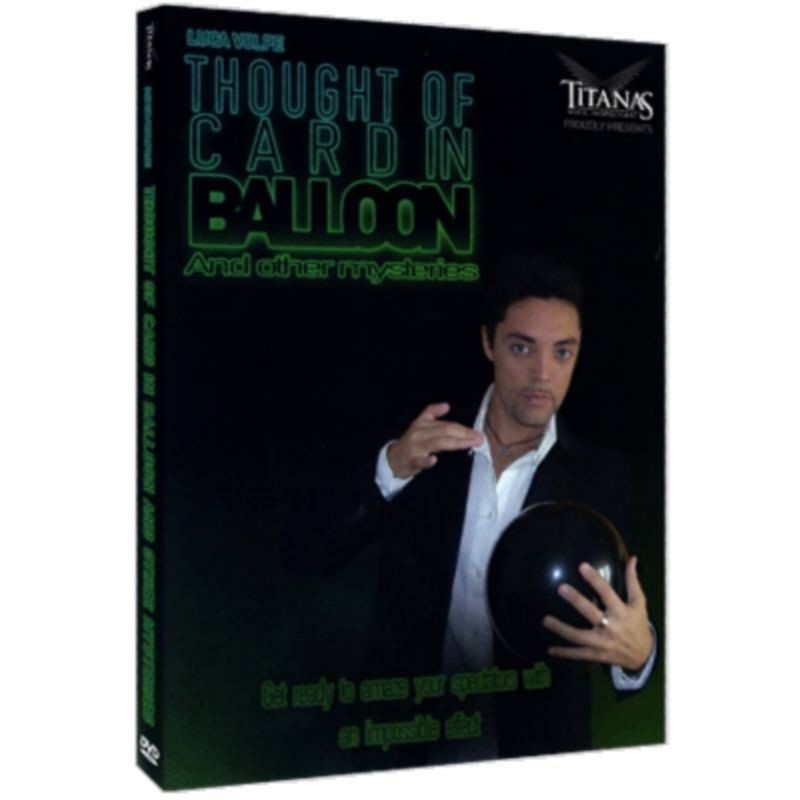 Thought of Card in Balloon by Luca Volpe video DOWNLOAD

Luca Volpe - His passion for magic began as a young child upon receiving a magic gift box as a Christmas present. Performing his first show at the early age of

Luca Volpe - His passion for magic began as a young child upon receiving a magic gift box as a Christmas present. Performing his first show at the early age of 12 the magic career of Luca Volpe was born. After six years of performing around Italy he became the youngest magician in the country to be an National Television performing his stunning manipulation and dove act. This led to other programs in Italy such as Maurizio Costanzo Show. Uno Mattina, Buona Domenica and many others on Mediaset and RAI. Volpe has taken his show, "Feel the Real Magic", around the world performing to astounded audiences on board luxury Cruise liners, and for top-class Casinos and Hotels. He is the first Italian magician to introduce street magic in Italy with the highly praised video 'Mystica' and with his own show on network satellite called IMAGINA (PLAY TV Sky Satellite) Volpe has received the "Kayenna TV Award" for being the first street performer in Italy to have produced a street magic special. Also composer and songwriter, volpe uses these skills in his show 'Feel the Real Magic' where the elements of music, sleight of hand, dance and comedy are fused with cutting edge illusion leaving the audience spellbound.

Here is something amazing! Get ready to predict things before they take place and not only that but having the prediction inside a balloon, which is the ultimate symbol of intact as nothing can pass in or out. Luca and Titanas bring you the fundamentals and many bonuses for this incredible mind boggling concept!

Imagine this:
You proceed to a complete stranger and hand them a balloon, ask them their name and also to name any card they want. They do so and you ask them to give the balloon a shake. They will hear something inside. You burst the balloon and inside there is only one card, which of course matches the freely selected card, with the spectator's name written on it. That is just a small sample of what is possible with this wonderful concept.

Luca created an amazing video with so many ideas utilizing an old concept from the past and brought it to 2009. He succeeded to created many practical professional routines.