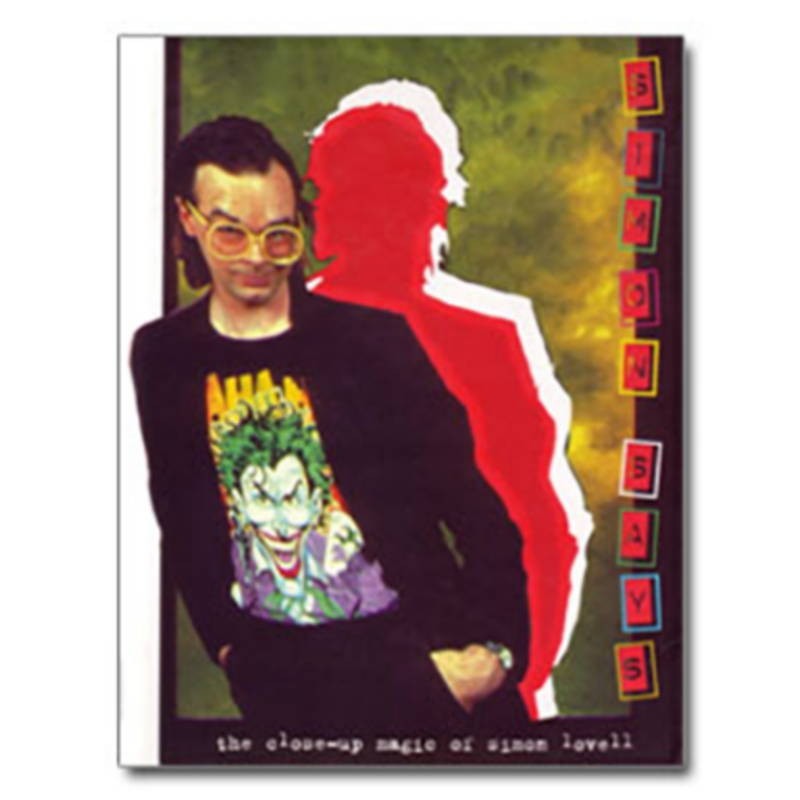 Over 50 dynamite effects, including: Another Departed Point - a combination of Alex Elmsley's 'Between Your Palms' and 'Point of Departure: where a signed card appears under a spectator's hand which even Mr. Elmsley himself gave his 'seal of approval' to. Give Me the Mayo - A three-level sandwich routine with a finish that will make your spectator's minds blow as the two Kings travel in'

Over 50 dynamite effects, including: Another Departed Point - a combination of Alex Elmsley's 'Between Your Palms' and 'Point of Departure: where a signed card appears under a spectator's hand which even Mr. Elmsley himself gave his 'seal of approval' to. Give Me the Mayo - A three-level sandwich routine with a finish that will make your spectator's minds blow as the two Kings travel instantly from opposite ends of the deck to trap the chosen card in the center. Challenge Reverse - The first trick I ever leaned, routined up to be a killer, as the magician causes any number of chosen cards to reverse in the deck in under on second. Who Killed Lilly Longlegs? - I've tried every story deck there is and Lilly combines the strengths of all of them. A story deck using all 52 cards and the card case for a monster applause pulling finish all to a logical story line. The Lemming Ace Exchange - A classic Roy Walton plot line routined up to be a miracle. A normal chosen card changes faces with a jumbo Ace as part of a maniacally pattered routine. Heartless - An ambitious card routine with a ruthless, heartless and vicious card. The mates to the card are found and finally the deck is shown to be heartless with a huge hole right through the cards. Three Card Pop - Three cards are shuffled into the deck by a spectator. Then they cut the deck into three piles. The magician waves his hands above the piles and the three chosen (signed) cards instantly appear one on top of each pile face up. Anticadge - A cigarette is removed from a flip-top box. The box is instantly seen to be factory sealed and totally examinable. Flashburn 2! - A signed card at the end of a weird experiment is found to be burnt and mutilated giving you a very cool give-away souvenir for them to keep forever. Elmsley Cut Elmsley - The magician demonstrates the amazing fourteen-card control where an entire suite and chosen card are dealt in order from a shuffled deck. I consider this to be so strong that it is the routine I close with when doing the Magic Castle close-up room. Complete contents: The Totally Official Foreword by Randy Wakeman Father Cyprian Says Scotty York Says Who Is This Lovell Guy Anyway? Simon Lovell with help from Walt Lees Introduction Part One - The Thoughts of Chairman Lovell What Is Close-Up Magic? Approach, Opening, Time Served and the Closing Cheer! Comfort Zones Routining and Resetting To Tip or Not To Tip? Flukes! Entertainment and Sleight of Hand Part Two - Openers, Middlers and Closers First Things First Fingered Number Three Fingered Number Four Packed Wallet Another Departed Point Optician's Delight Vernonesque Three Way The Gambler's Move Hold The Mayo Give Me The Mayo Ambitious Everywhere and Nowhere Business Card Giveaway Challenge Reverse! Sleight Of Mouth Card In Bottle Who Killed Lilly Longlegs? Part Three - Sitting Specials and Other Bits Outfold Sitting Deck Vanish Oily Snobs The Lemming Ace Exchange Vanishing Moustache OOOOPS! Impossible Location! Double Trouble Pyramid Power by Morley Budden Part Four - Gaffed and Faked Hyperpoke Predicted Bermuda Blind Date Bermuda Ermintrude - The Mind-Reading Joker! Kicked! Simplicity Outdone by Jim Zachary Heartless Heartlebox The World's Only Blue-Backed Double-Faced Card! Flashburn 2! Part Five - Sleight Of Hand Goodies Three Card Pop Simon Takes On Le Paul Sambitious Card Spinnup! Cheats' Honesty Test Frank's Fave Elmsley Cut Elmsley Double Coincidence Mini All Backs Coin From Pack The Coin-Eating Pack Part Six - Gags, Stunts, and Other Bits! Pen Through Tongue Tongue Of War Self-Writing Pen Sebastian, The Mind-Reading Chicken Any Dog Called For! The Nightmare Deck Anyway I Could Know Your Card X 2 Anticadge Cointear The Infamous Submarine Card Part Seven - And Now The End Is Near Harry's Page Final Simey Words End Words by Terry Seabrooke One Last Piece Of Advice 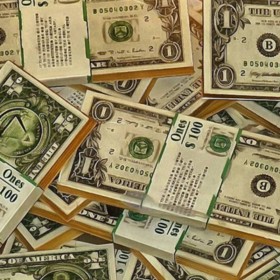 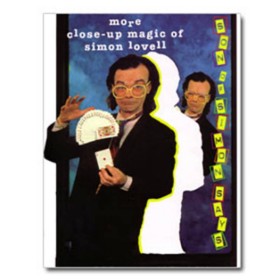 €45.00
Customer ratings and reviews
Nobody has posted a review yet
Rate it
Reviews